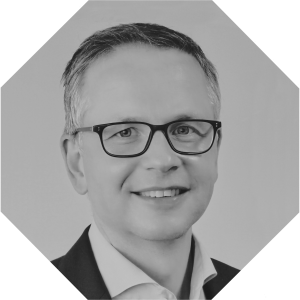 In the beginning of 2020 Dr. Michael Bauer joined CTF SOLAR as General Manager.

Since 2005 Dr. Bauer has held several leadership positions in the solar industry. Within the R&D centre of the former Q-Cells SE, he was responsible for the crystalline silicon solar cells process development departments.  Under his leadership Q-Cells   expanded into ingot growth and wafer preparation as well as into module manufacturing.

In 2008 Dr. Bauer  lead the German CdTe Thin Film module start-up CALYXO as general manager and CTO  from ramping-up the first pilot line to entering the market with several product generations. Dr. Bauer is a member of the industrial advisory board to Fraunhofer CSP in Halle. For several years he served as an industry advisor to ECN, the Energy Research Centre of the Netherlands.

Dr.-Ing. Michael Bauer studied Process Engineering and Mechanical Engineering in Germany and in the USA. His first professional positions brought him to Bayer AG and McKinsey & Company.