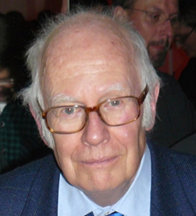 Frankfurt, January, 2017
After long heavy illness Dr. Dieter Bonnet passed away on 29th of November, 2016 at a nursing home in Bad Homburg near Frankfurt. Dieter Bonnet was born in May, 1937 in Stuttgart. He has obtained his Master´s degree at University of Frankfurt in 1961 and his PhD at Frankfurt University in 1963 on photoelectric properties of organic materials. Dr. Dieter Bonnet started his professional career in 1965 at the Battelle Institute in Frankfurt/Germany. He dedicated many years to R&D in the field of solar photovoltaic thin-film cells where he contributed especially to CdSe, CdS and CdTe since 1968. In 1970, he developed the world’s first CdTe/CdS thin-film solar cells. Since then Dr. Dieter Bonnet is well known as the pioneer of the Cadmium Tellurid Technology. When in 1993 the Battelle Institute was closed down Dieter Bonnet together with other employees initiated a buyout from the institute and so became a co-founder and shareholder of ANTEC GmbH, out of which grew the solar firm ANTEC-Solar in Arnstadt, Thuringia.
In 2001 ANTEC Solar started the operation of the worldwide first commercial CdTe thin-film solar production. In his time with ANTEC Dieter Bonnet joined together the European scientific CdTe community and became coordinator of several European CdTe research projects funded by the commission of the EU. He has initiated SOLARPACT, a global network that connects research groups and industrial units to promote the technology of photovoltaic modules based on CdTe and related components in view of a cost-competitive mass production. In 2006 the Commission of the EU expressed its recognition to Dieter Bonnet for his achievements in the field photovoltaic energy by awarding to him the renowned Becquerel Prize.
As a succession company of the ANTEC Group, CTF Solar is very much obliged. Without Dr. Dieter Bonnet CTF Solar would not
exist like it does today.