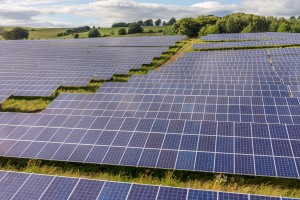 BlackRock is a global leader in investment management, risk management and advisory services for institutional and retail clients. As of June 30, 2017, the firm had approximately 13,000 employees in more than 30 countries and a major presence in global markets, including North and South America, Europe, Asia, Australia and the Middle East and Africa. BlackRock has a proven track record in the Renewables sector and through its dedicated global Real Assets platform, globally manages more than $4.8 billion of equity assets in the renewable power sector.

CTF Solar GmbH’s General Manager, Dr. Michael Harr, said: “In BlackRock Real Assets, CTF Solar is delighted to have found such a well-known and competent pair of hands for its UK-based solar park portfolio. A difficult economic environment marked by fluctuating exchange rates made the construction of the solar parks a challenging project, which has now been completed successfully. The three new solar parks are among the many installed in the UK by the CTIEC Group, of which CTF Solar is a member, and represent a further contribution by our Group to the energy revolution in Europe and worldwide.”

Rory O’Connor, Managing Director and Head of Renewable Power for Europe at BlackRock added: “We are delighted to add these three strategically important solar project acquisitions to our growing UK solar portfolio. Through our strategic partnership with Lightsource BP, we are confident in realising our ambition of acquiring and owning 1GWp of solar power generation assets in the UK within three years.”

While the CTIEC Group will further develop its solar park business in Europe continuously CTF Solar itself in future will focus on the development of its CdTe technology for thin film solar panel production.

Dr. Michael Harr added: “CTF Solar is a high-tech company having long history in CdTe solar technology. Process technology for thin film solar cells and transfer of those processes into industrial mass production is the core competence of CTF Solar. Now after the successful erection of the first panel production line in Chengdu, China, and after having started already two further factory projects in China (see news from Dec. 21st 2017) CTF Solar shall devote all its forces to this challenging task.”